Here it is, Dan’s most excellent Hurricane Adventure. Dan is my GORUCK buddy who invited me to stay over at his place when I first learned of a custom GORUCK Challenge in Culebra, Puerto Rico. Which was weird ’cause I’d never met him but that was the start of my GORUCK adventure club. Babby’s first solo GORUCK trip and it couldn’t have turned out better. Except for the cat that I am deathly allergic to that wouldn’t stop attacking me at night. Stupid cats (still the best animal though).

So Dan, his family, and I guess the entire island were hit by a couple of hurricanes recently and they were incommunicado for a bit. This is part of his story. He said he was going to write up his thoughts but since I’ve got the patience of a 5 year old I went ahead and just copy-pasted this for posterity. Or until I quit paying for hosting and this goes away.  I should look up a source to export all of this.

Here’s from our group chat:

Thank google. They are using balloons to reinforce the mobile networks here

whatever
I still got bdubs
ohhhhh

you know who doesn’t do that? apple

You mean that slowly??

Water should stay on the outside, right? GORUCK sandbags…not just for PT! Or in my case, sitting on the ground.

Dan I think you forgot to turn off the rain machine. I wonder if he actually managed to get that water down? How long were you bailing out water? When he went out into the storm, did a bunch of water flow inside? So many questions.

That’s cool that the Googles brought out cellular balloons so they could reach out and communicate with people. Not sure what I would do if I couldn’t update my Facebook following a storm (that’s sarcasm btw). Probably be a better person for it.

I sent Dan a text message that Thursday and he said he replied immediately but I never got the actual text until Sunday morning.

Got water service back!

Spent the day volunteering for relief work in one of the inaccessible remote towns and got home to find the water flowing. Longest hot shower in record.

how have you been bathing? buckets?
do you have a new plan for the next one?

Water from the cistern. Managed to stretch 300 gallons for three weeks. Did shower over a bucket to recycle the water to flush a toilet.

The things you learn and adapt to. I remember using a bucket to take baths growing up. We never used the shower ’cause we just didn’t but man, weird. Excellent use of water resources Dan.

Next thing I know I look back and she came flying out when the door got hit by a wind gust and was basically flying in mid air only anchored by her hands on the door handle. Very cartoonish. Grabbed her by the waist and threw her back inside while struggling to close the door against the wind for what seemed like a long time.
-Man Dorales

Dan already has plans for the next hurricane. Guess there’s always learning to be had.

Took way to long to get in touch with the inaccessibile places. The destroyed telecom infrastructure could have easily been fixed by army personnel being dropped off with sat radios into the different towns. Instructing mayors to clear baseball fields to land black hawks with supplies and getting early intel on the condition of these and what their needs were. 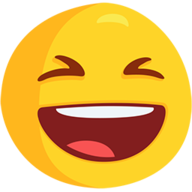 Towns that are still inaccessible could already been reached if the Army corps of engineers or Seabees build temporary bridges to replace the ones destroyed. It takes them hours to do.

You set the nickname for Dan Morales to FEMADan.

He’s mentioned a few things he’d be doing different in the future and increasing some of his supplies is one of them. For me, I will get some MREs that aren’t macaroni and cheese (’cause no shit I’ll just eat that in my apartment), water containers, iodine tablets and probably the most important, I need to get some 5 gallon water jugs and leave ’em in my pantry, you know, in case shit.

I’m glad Dan made it through relatively unscathed but maybe next time don’t walk outside into a category 5 hurricane, man.

This site uses Akismet to reduce spam. Learn how your comment data is processed.